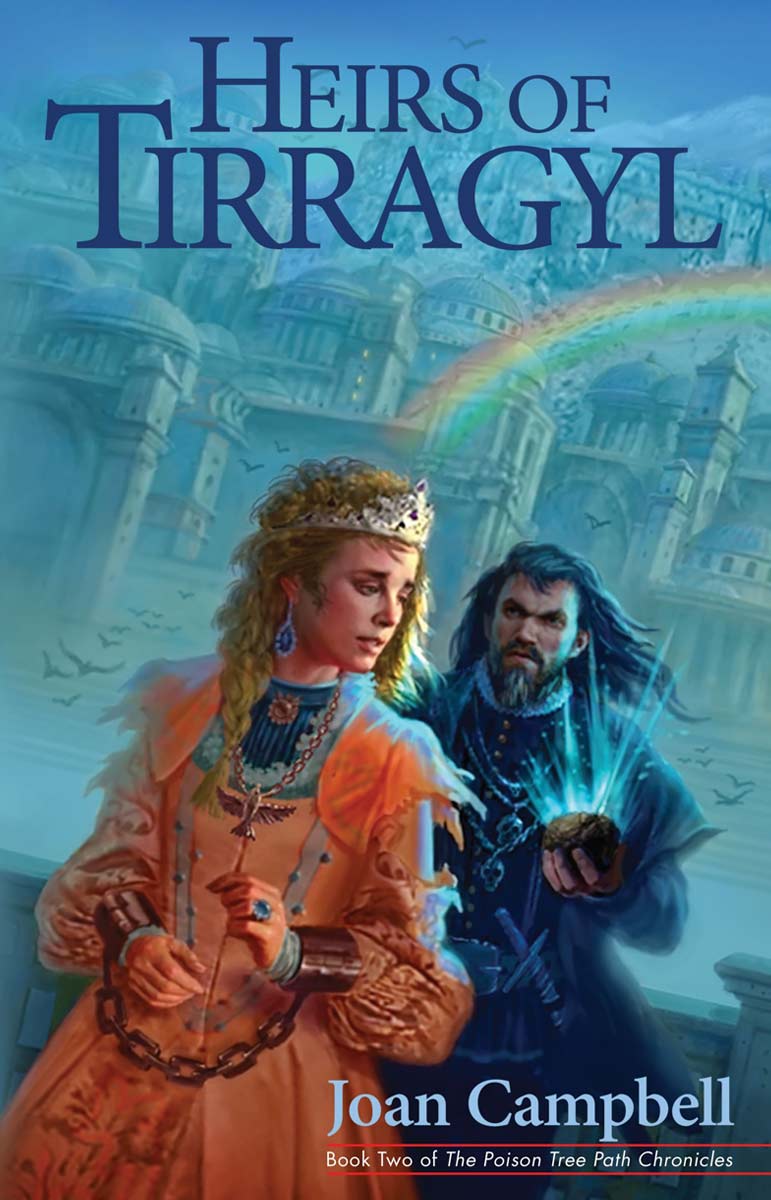 Since birth, Nyla has shared everything with her twin brother—royal tutors, the right to the throne of Tirragyl… even their soul. Many believe it wholly belongs to Alexor and should be returned to him regardless of the sacrifice—Nyla’s death. However, her future isn’t the only one in question.

A threat looms over the kingdom. The influential Lord Lucian intends to seize the Grotto, an underworld settlement known for harboring fugitives. And if legend is to be believed, it is also the hiding place of the most powerful of objects, the Guardian Rock.

As Nyla fights for her life, she realizes she’s not only a soul heir but also the sole hope for the kingdom’s survival.

“A good book nearly always costs me sleep and Heirs of Tirragyl was no exception! I just could not put it down, even the second time through.”

Have you believed because you have seen me?

“I’m leaving.” In the midst of the heated quarrel, I doubt they even hear the door closing behind me. I

But they did not recognise him…

Stepping into silence makes one realise how very noisy our outer and inner worlds are. At my church’s silent retreat on the day before Easter—with phones and voices muted—my thoughts

My lamp’s flame casts moving shadows on the familiar path leading to the olive grove. The sounds of Jerusalem’s Passover

Book Joan as a Speaker

for your next workshop