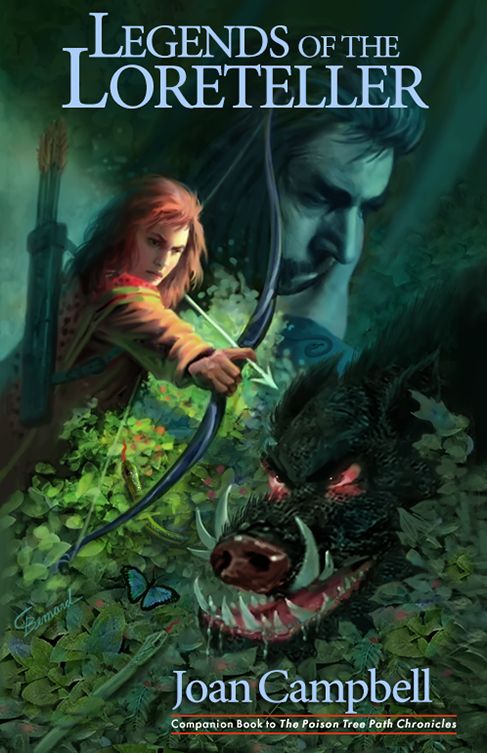 “Here are written the legends of Hwynn, the Loreteller. They are not mere fables. They are our past and the shape of all we will become.”

In Tirragyl history is kept alive through the tales of the loretellers. Hwynn, too old to travel the roads and spin his tales, tells them one last time to the scribe by his side. He speaks of Kharin, who sacrificed herself for her people and of Truan—her beloved—who could not forget her. His tales take us deep into Tirragyl’s mountains in search of Power Rocks. The Verity Gem imparts insight and truth but there are those who despise both these qualities and seek to destroy the rock. An ancient king is drawn by the powerful allure of the Guardian Rock, yet the very powers the king seeks prove to be his downfall. Hwynn tells of a prince who usurps the throne of an evil ruler to become King Juwer the Just. But can he rule honourably from a throne drenched in blood?

A collection of short stories set in Tirragyl, Legends of the Loreteller delves into some of the history only hinted at in The Poison Tree Path Chronicles and is an ideal companion book to the trilogy.

In Tirragyl history is kept alive through the tales of the loretellers. Hwynn, too old to travel the roads and spin his tales, tells them one last time to the scribe by his side.

Words for the Journey – Entrust

I realise I’ve been resistant to sharing my second word for 2022. Although my first word—listen—hasn’t been that easy to

I Should Have Chosen the Dogs

If you’re a writer or creator of any other sort you will have heard the expression inspiration is for amateurs. The implication is that the professionals will churn out material

“Tell us about LittWorld!” Maybe because I posted photos of glorious Budapest…. or of my new bestie, Philip Yancey… or